Zadar has the most beautiful sunset in the world, more beautiful than the one in Key West, in Florida, applauded at every evening

Zadar, a city of exceptional history and rich cultural heritage, a city of tourism.

Situated in the heart of the Adriatic, Zadar is the urban center of northern Dalmatia as administrative, economic, cultural and political center of the region with 75,000 inhabitants.

The coast is particularly indented, the islands and the untouched nature allures many boaters to this regions. The archipelago counts 24 bigger and about 300 smaller islets and rocks, 3 nature parks – Telašćica, Velebit and Vransko jezero and 5 national parks – Paklenica, Plitvice lakes, Kornati Islands, Krka and Sjeverni Velebit classifying Zadar and its surroundings at the very top of the Croatian tourist offer. 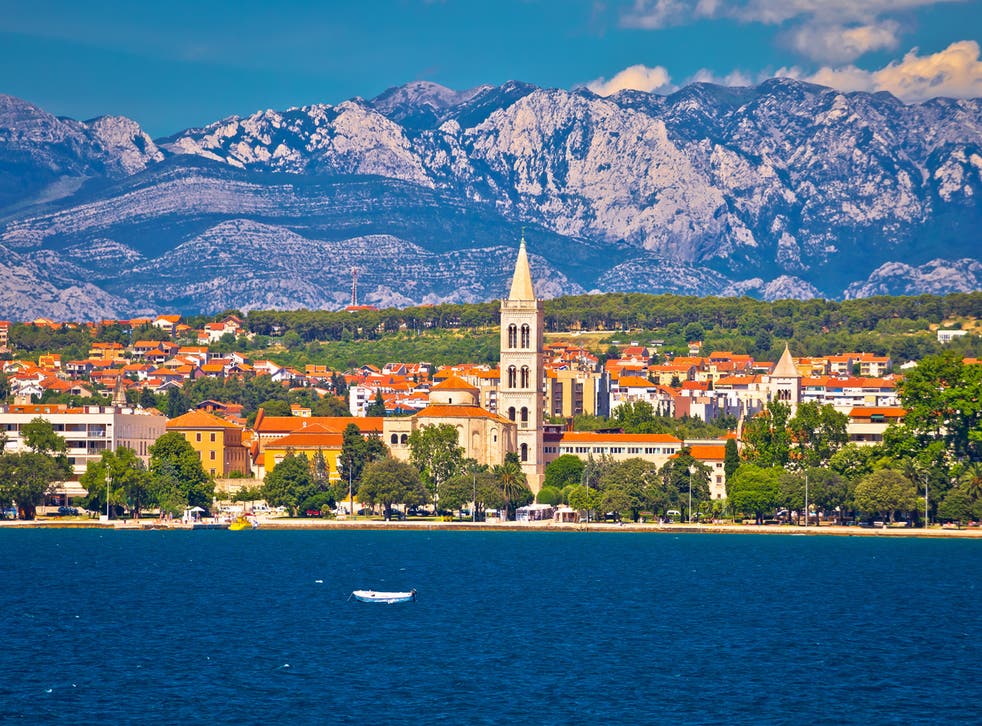 The city of Zadar is an easily reached destination by land, sea and air. It has a good traffic infrastructure through which it is directly connected to other bigger cities of the Republic of Croatia: Zagreb, Rijeka, Split and Dubrovnik, with extraordinary accommodation and contemporary service of numerous marinas. Whichever way you want to reach Zadar, the natural beauty of the landscape will not leave you equanimous. 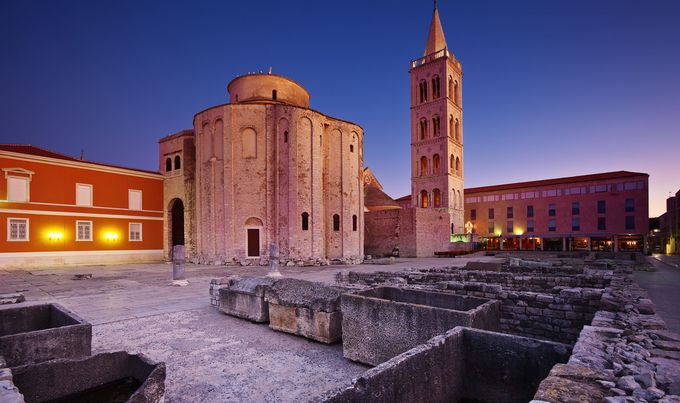 This early-Byzantine church was built all the way back in the year 800 and remains in a near-perfect state of preservation. Over time St. Donatus’ tall, rounded outline has become a symbol and a source of pride for Zadar, the first building you’ll see on postcards. You don’t have to be an amateur historian to appreciate the primitive beauty of this pre-Romanesque building. These days the church is a venue for renaissance music performances, the 27-metre-high walls complementing the sound perfectly. The church was built on the Roman Forum, which you’ll find out about below, and building material from this site were used in its construction. You should also visit Roman Forum just next to St. Donatus’.

A possible future World Heritage Site, Zadar’s cathedral is on the site of a very early Christian basilica that was founded back in the year 300. The building you see today was started in the 1100s and is yet another example of Zadar’s fine collection of Romanesque architecture. It was consecrated by Pope Alexander VII in 1177 and then more than 800 years later, Pope John Paul II paid the cathedral a visit in 2003. Inside you can see an early-Christian mosaic dating back to the original basilica. The cathedral’s magnificent bell-tower is newer, having been started in the 15th century and only completed at the end of the 1800s.

Climb up the tower belonging to St Anastasia’s Cathedral for worth-the-effort views across the city and out to sea.

Croatia is flush with Roman heritage and many of the glass items recovered from digs have ended up at this contemporary museum in the stately confines of the Cosmacendi Palace, which dates to the 1800s. In modern displays you’ll see drinking vessels, cup for mass, jars and intricate little vials used to contain anything from skin creams to medicine. You can brush up on the history of glassmaking in Croatia and throughout the day there are glass-blowing demonstrations, so you’ll see firsthand how these delicate items were crafted. And at the end of the tour you can visit the shop to purchase some glassware made the ancient way.

Manage Cookie Consent
To provide the best experiences, we use technologies like cookies to store and/or access device information. Consenting to these technologies will allow us to process data such as browsing behavior or unique IDs on this site. Not consenting or withdrawing consent, may adversely affect certain features and functions.
Manage options Manage services Manage vendors Read more about these purposes
View preferences
{title} {title} {title}